I am working on Raspberry pi pico board for data acquisition. I wonder why there is no DHT sensor , LSM6DS3 is included in the sensor section ?
But in documentation , it is mentioned that it supports those sensors.
Kindly help me
in this. 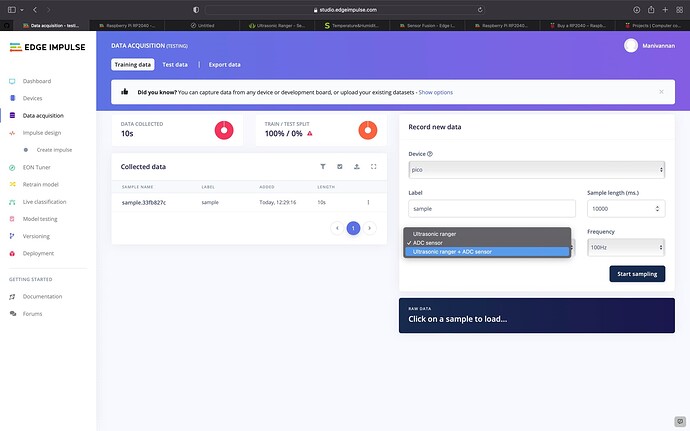 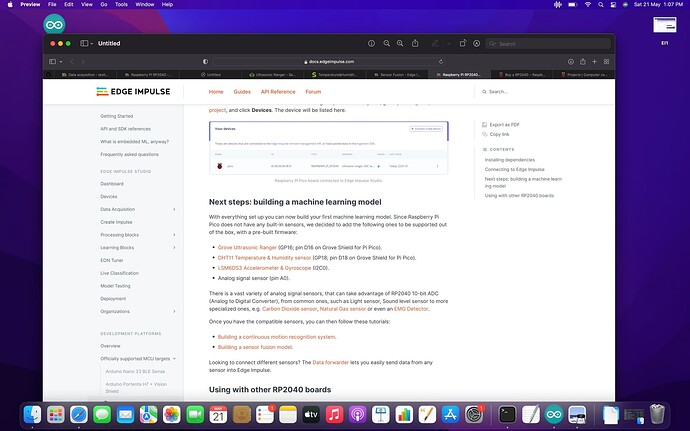 Can you check that the sensor is connected to the I2C0?

In addition to that you can run the daemon with the --verbose argument to check if the DHT sensor is detected correctly by the firmware.

For DHT11 , it is connected to GP18 .
When I comment the line “ return false “ in adding DHT11 to the list , it is added to list in EI . And I could able to do data acquisition.
I guess firmware not detecting the DHT sensor , it’s getting failed in init stage so it is not added to the sensor list .

Now I could able to hack in firmware repo and do the data acquisition and model training, the problem is when I do deployment “build firmware for pico “ by default it’s returning false in DHT init . So it cannot able to process further .
I guess we need to check why it’s failing in DHT11 sensor init for adding to the sensor list or we need to add it to sensor list permanently without any check like in ultrasonic sensor ! Also by passing init and do the data acquisition, the collected data is valid one and no deviation.