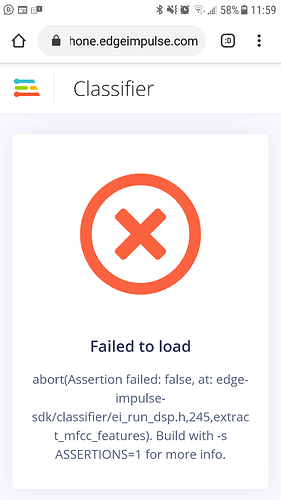 Could you share your project ID so I can have a look a the mfcc configuration? The ID is displayed on the dashboard page.

Thanks aurel for looking into my mobile error.
I also have 0 computer time use left.not sure if it is related or not.Did get also a bunch of unknown projects loaded on my project page which could have affected my computer time use.
my project ID is:
Project ID 5305

Thanks for sharing.
A couple of things I noticed:

Thanks for the tips as I was just following instruction on web link: 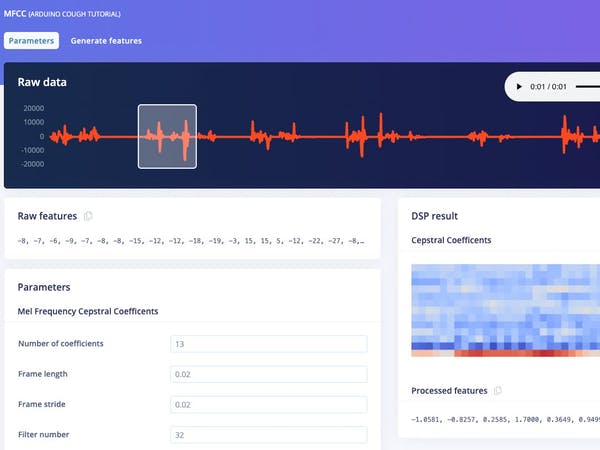 Cough Detection with TinyML on Arduino

In this tutorial we show how to build a cough detection system for the Arduino Nano BLE Sense using TinyML and Edge Impulse. By Zach Shelby, Jan Jongboom, and Kartik Thakore.


I think all of the testing audio files were downloaded from the weblink.
Do I then really need them.
When adding own recording I was using the default mic setting on Android phone and will see if I can set it as specify when recording audio.
thanks
janjongboom August 14, 2020, 7:44am #6

Hi @AATOS, at some point you’ve had mixed accelerometer and audio data in this project and the MFCC block had the accelerometer data also configured as an input. But your signal only has audio data, thus failing. You see the same thing on the DSP screen:

Usually you can remove the axes from the ‘Create impulse’ screen but if there’s no accelerometer data in the project anymore those axes disappear. As a quick fix:

Note that you probably want to remove your NN Classifier block and re-add it as well, so the right reference architecture is loaded. Right now the network is tuned for accelerometer data, and won’t work well for high dimensional audio data.

Thanks @aurel and @janjongboom with your guidance, mobile cough detection is working. 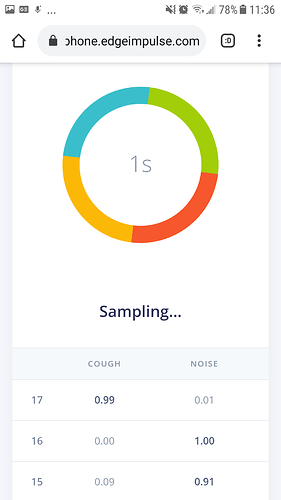 coughdetection1080×1920 107 KB
Looking forward for next tutorials for better understanding AI applications.
EdgeImpulse is a game changer for accessible AI.
Keep up the good work.