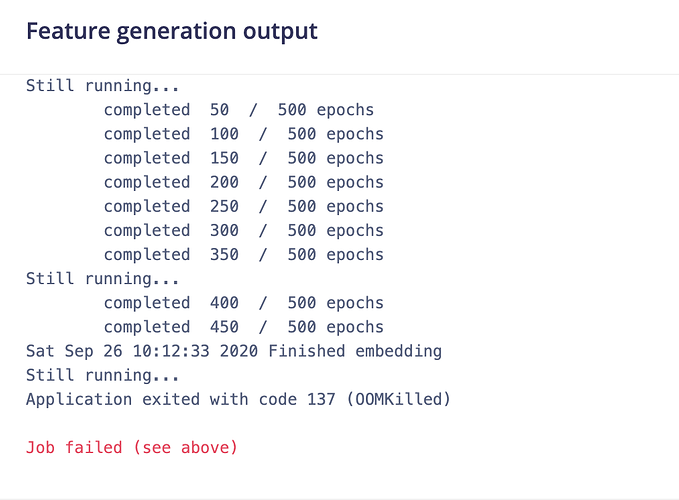 Hi @janjongboom! Was trying to generate some features from 3 classes and was greeted with the above message. There are approximately 2600 images in the training set. Any idea what I could be doing wrong?

Hi @zulyang, looks like it’s running out of memory there… Those jobs already have 4GB of RAM so we’ll see if we can take a smaller slice of the raw data to generate the visualizations (we currently take 2,000 of them, which apparently is a bit overkill on RGB images). Will put out a fix in the coming week.

The features were generated though, so you should be able to train a network (I just did it in your project).

Thank you so much, @janjongboom!

Any chance we’ll see a tutorial for loading an edge impulse model on a browser ?